Homes in flood-prone areas will gain access tomorrow to subsidised insurance through Flood Re, a Government-backed scheme funded by a levy on other households.

Flood Re is intended to benefit up to 350,000 households by shouldering some of the risks to properties on Britain’s flood plains, allowing insurers to offer more affordable cover.

The not-for-profit scheme, funded by an industry levy that will be passed on to customers, is supposed to give both Government and insurers breathing space to make long-term plans for the increasing weather-related dangers facing the UK.

“This should make flood cover more affordable and accessible to those in high flood risk areas over time,” said Brendan McCafferty, chief executive of Flood Re.

After the winter storms Desmond, Eva and Frank battered swathes of the UK this year, there were calls to extend the scheme to cover small businesses who were also priced out of the insurance market, although there are no plans to do so.

Properties built since 2009 also remain exempt in order to discourage the development of properties on flood plains.

The long-awaited scheme was previously branded “unworkable” by insurers, and its start date drifted by a year as the technical details were ironed out.

“Monday is just the start of a process and we know more providers will join them over time, bringing even more choice for people with homes at risk of flooding,” said James Dalton, head of general insurance policy at the Association of British Insurers. 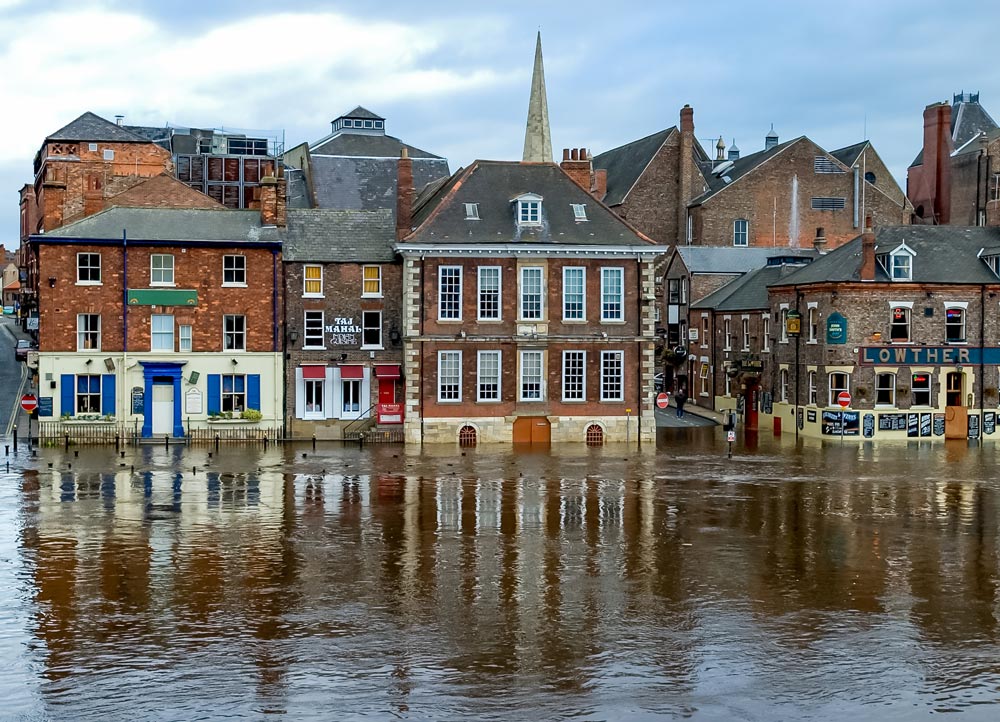 Seventeen insurers are so far signed up to offer Flood Re-backed insurance, giving them access to the subsidy pot in case of big floods, as well as a wealth of shared property data that can be used to better price risks on their books.

Providers will pay Flood Re levies totalling £180m this year. On top of this, the scheme has signed up for a reinsurance policy that would cover up to £2.1bn of claims if a storm causes major damage.

Some insurers are writing to eligible customers to inform them that cheaper policies are available.  Meanwhile, every household insurance policy is expected to rise by around£10.50 to absorb the cost of the new scheme.

Paul Pugh, a partner at the law firm Eversheds who advised on the creation of Flood Re, said other countries including Ireland and Canada had already enquired about exporting the idea to tackle similar risks that insurers are struggling to cover.

“The Flood Re model could be used to seed new markets where the understandably conservative instincts of the insurance industry are emboldened by a state-sponsored levy or other collective arrangements. New risks from emerging technology, such as driverless vehicles, is an example of where it could be applied,” he said.

The UK set up a similar programme in the wake of IRA bombings in the 1990s to ensure that large buildings would be covered for the cost of terrorism. Unlike Flood Re, Pool Re has a Government guarantee that the state would step in if losses exhaust its £5.5bn reserves.

While the Government has spent several years pushing insurers to offer more cover for firms affected by cyber attacks, it has stopped short of a state-supported scheme.

Recent Posts
Categories
By continuing to browse the site you agree to the use of cookies. For more details, please read our Read More Continue
Privacy policy

This website uses cookies to improve your experience while you navigate through the website. Out of these, the cookies that are categorized as necessary are stored on your browser as they are essential for the working of basic functionalities of the website. We also use third-party cookies that help us analyze and understand how you use this website. These cookies will be stored in your browser only with your consent. You also have the option to opt-out of these cookies. But opting out of some of these cookies may affect your browsing experience.
Necessary Always Enabled

Any cookies that may not be particularly necessary for the website to function and is used specifically to collect user personal data via analytics, ads, other embedded contents are termed as non-necessary cookies. It is mandatory to procure user consent prior to running these cookies on your website.